In our endeavour to demystify and to establish the truth concerning the end days, and apocalyptic references throughout scripture, we must always come back to sure fundamental and crucial points to which we focus our attention. That way we avoid being mystical and from the other base, rational. We must use rationale to articulate what is spiritually expressed.

Revelation for me is a crucial book to study being that it is the Book John the apostle wrote after life changing suffering. We know from the Book of Martyrs that John was put in a cauldron full of boiling oil, just there was a problem…he would not fry or die.

He attributes his longevity to the “Testimony” he holds. This testimony is laid bare in chapter 1 of the Book of Revelation.

“I was in the Spirit on the Day of the Lord“.

This is a crucial life changing moment! Many attribute being in the Spirit as to fulfilling ministerial aims, objectives. It is not. It is for receiving a pinnacle revelation! Jesus, Yeshua Himself.

What satan, the world, the flesh fight against is this pinnacle revelation in all things. The Testimony of Yeshua, being the spirit of prophecy. This spirit of prophecy must guide us into the very understanding, vision of what Heaven is programming for the known universe and the known world in the coming years and centuries which may take to see a revelation of the Messiah through nature and in the spirit realms.

The testimony of Jesus (Yeshua) is fundamental in knowing that the study of things to come must only centre in the Person of Yeshua, and not the events which surround His coming. The reason for this is that the signs in themselves have been coming and going for 2000 years. And I surmise that for some part the Preterist movement has in itself caught this tendency. 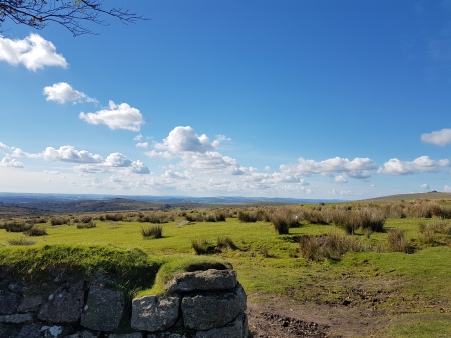 Therefore when you consider the suffering of John, it by no means derailed him into bitterness or self pity. Instead it sped him onto the greatest unveiling into a privileged realm of revelation, of Yeshua in His Glory, the authority and position invested in Him, His command of things from the Throne, His role in human affairs, and the Kingdom with its King coming to earth to exercise ultimate rule and reign.

Its not just about satan’s downfall, or the form by which earth is judged, nor even the role of Israel and the Church. The Church being the remnant which has not bowed to Babylon or Baal. But remained with the truth even when it costs life and limb, and isolation.

So when we study “The Things to come” we must always start in Revelation chapter 1. Seeing the form of Yeshua, in a way John never saw before. It was a terrifying vision, it was a awesome testimony of how God the Father had exalted Him. John had spent over 3 years with a shadow of this manifestation, whilst Yeshua was on the earth in the flesh, teaching and the miracles.

So everything that is happening, or will happen, is to take place to establish the rule and reign of Jesus, whether it be in the human heart, the nations, the heavens.

In the heavens He has already taken position and possession. In the earth He brings us into salvation, and the nations bring desolation and then submission to which all nations will become His Kingdom.

Then there is Jerusalem, the place where Yeshua will rule and reign. Is it not mere coincidence the most contested city on the earth? It is the place where they will recognise the one they pierced (Zechariah 12:10) and will mourn. Is it not here that the reign will start and extend to eternity?

My friends, its not about when, its not even about how. Its about our relationship with the King, who in Psalms 2, is demanding our knee and our tongue. It is He who is our only focus, because it will be in Him that all wickedness will cease its activity, it is in Him that eternity will be the abode of all His subjects.

The key is our submission, and our Holy Fear of Him. Then we can be in the Spirit on His Day to know what He plans, not just for us, but for all mankind!

One thought on “A view of things to come Part 2: The only focus”